United States, 26th Oct 2022, King NewsWire, Polyphenols form a heterogeneous group of natural substances that are especially known for their positive effects on human health (not coincidentally, they are sometimes referred to as “vitamin P”). In nature, polyphenols are produced by the secondary metabolism of plants, where, in relation to their chemical diversity, they play different roles.

Chemically, polyphenols are molecules composed of several condensed phenolic cycles (organic compounds possessing one or more hydroxyl groups—OH—linked to an aromatic ring). Based on their structure, they can be schematically distinguished into three different classes, namely simple phenols, flavonoids, and tannins. 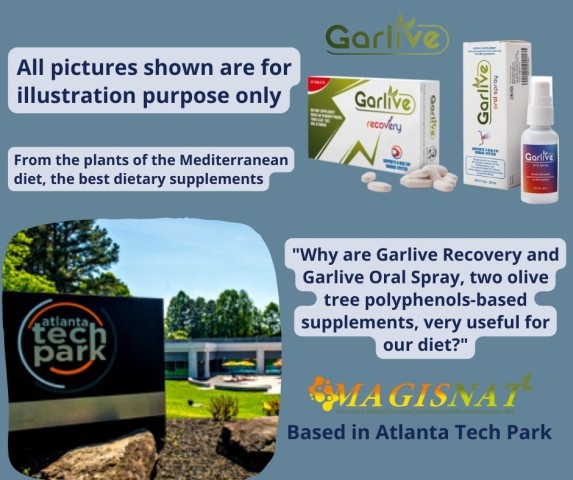 The intake of polyphenols in human diet varies enormously, depending on the type, quantity, and quality of consumed vegetables. In any case, their intake is generally considerable, in the gram/day range, precisely because we are talking about the most widely represented antioxidant molecules in the plant kingdom. Polyphenols abound mainly in fresh fruits and vegetables, but also in tea, coffee, extra virgin olive oil and olives, but also in wine, cocoa, and their derivatives. However, cooking considerably lowers the polyphenolic content of the food, so it is important to consume fresh or fermented vegetables, such as Italian olives.

In nature there are many types of polyphenols, characterized by marked structural and functional variability. In general, however, their effects can be summarized as follows:

ANTIOXIDANT: They protect cells from damage caused by free radicals, which develop with normal cellular metabolism.

ANTICANCEROGENIC: In general, they show an impact on the initiation step of cancer development. This scientific evidence partly explains the classic epidemiological evidence that there is a correlation between consumption of fresh vegetables and reduced incidence of certain types of cancer.

ANTI-ATHEROGEN: It is widely reported that oxidation of lipids, and in particular LDL, is the cause of the development of atherosclerosis and related diseases; olive polyphenols are particularly effective in counteracting these processes.

ANTINFLAMMATORY: Polyphenols inhibit the arachidonic acid cascade; in particular, an olive polyphenol called hydroxytyrosol is an inhibitor of the enzyme that leads to the synthesis of an inflammatory molecule Leukotriene B4

ANTIMICROBIC: Certain olive polyphenols, such as hydroxytyrosol or oleocanthal, have an important regulatory effect on the gut and oral mucosal microbiome by inhibiting the growth of certain bacteria or fungi and even viruses.

Our philosophy is to study the plants that are typically employed in the Mediterranean diet, looking for molecules with beneficial effects from which they formulate their dietary supplements: the first ones are based on polyphenols from olive trees, titrated in hydroxytyrosol, with the following characteristics:

– Developed by research by U.S. scientists, with contributions also from Italian researchers who have been trying for years to understand why the Mediterranean diet, and particularly the polyphenols extracted from its vegetables, are very useful in preventing Non Communicable Diseases (NCDs).

Demon-Box: A Unique Way of Gifting