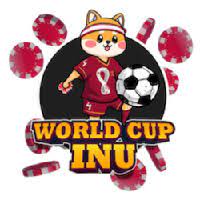 World Cup Inu established the first ETH coin with a World Cup theme. Millions of people across the world adore and love the World Cup. In the latest record, the token was up over 1000% in the last two weeks, making it the successful World Cup themed token, starting a new “meta” in the ETH Defi space.

WCI founder explained that all tax goes back to the project in the form of marketing (e.g. footballers’ posts) and buybacks (i.e. when the founder buys and burns tokens to augment the price while reducing circulating supply).

WCI founder has also announced that the liquidity is locked for four years, implying that the owners can not pull the liquidity. The other major concern was regarding a “disable trading” function in the contract, which has since been permanently disabled, making the founder unable to pause trading forever. In addition to the new development, the founder stressed on the fact that the team holds no tokens, and the scam allegation is based on personal opinions rather than solid evidence.

According to several sources within the defi space, the “fud attack” came mainly from a big competitor. The founder of WCI expressed his surprise at this, as he stressed that his project is a utility project, while the other is purely a “larp” project.

The World Cup drum beats to the beat of billions of hearts every four years. Football and INUs, two of the biggest trends, are combined innovatively by $WCI. The Inu is the most popular dog breed worldwide, while football is the most watched sport worldwide. WCI has combined both. Two of the biggest trends will inevitably come together in the context of the World Cup to produce a self-fulfilling prophecy. On the $WCI platform, football enthusiasts and holders have a place to congregate and place wagers. The project also has plans to launch their own NFT line with the biggest jackpot to ever exist on ETH.

A recently released cryptocurrency on the Ethereum network is World Cup Inu (WCI) (ERC-20). WCI is creating a web 3.0 app that lets users wager directly with ETH from their cryptocurrency wallets on their preferred team. Additionally, those monies will remain in a smart contract, using Oracle to obtain the data and announce a winner. The winning sum will be deposited into the holder’s account thanks to blockchain technology.

Football and cryptocurrency enthusiasts should click on the following links for further information:

The post World Cup Inu becomes the victim of its own success appeared first on King Newswire.